Saint Dominic Savio lived his short life doing ordinary things with a smile and a cheerful heart. As a student, as a friend, as a son, as a brother, and as a teenager, Dominic lived his life focused on God. He used Jesus as a role model and tried to imitate him in all situations. Dominic often praised God through song and is the patron saint of children's choirs. Download an activity that invites children to compose a song of praise.

Fill out the form to download the Saint Dominic Savio Activity now. 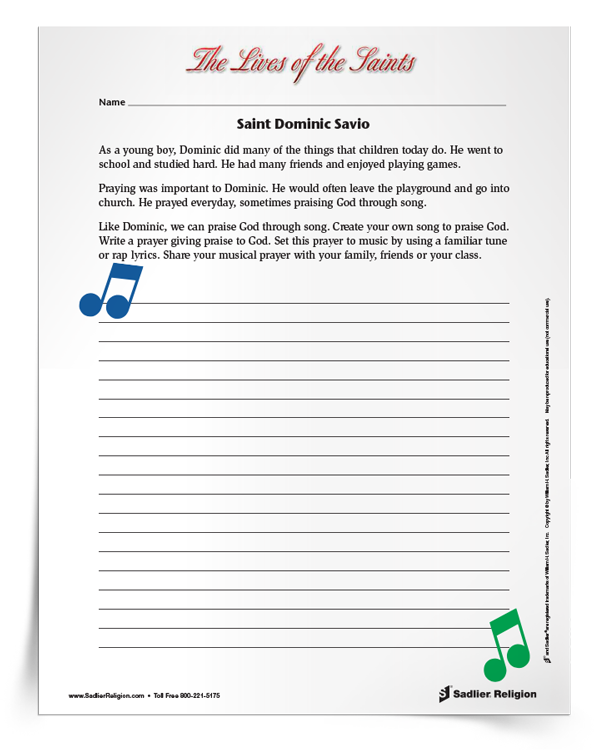